Just to make things clear, here is a simple definition of fog: Fog is a cloud in contact with the ground. Fog differs from other clouds only in that fog touches the surface of the Earth. The same cloud that is not fog on lower ground may be fog where it contacts higher ground such as hilltops or mountain ridges.

Lately, a lot of fog has descended on the grounds of Romania. The news covered it beautifully, announcing on each newscast that the roads are covered in fog and the drivers have to take special driving measures.

I’ve never heard of so much fog on our roads, cities or fields. Traveling throughout Romania last winter holydays, I’ve encountered a lot of fog on the roads, creating a new source of stress for my eyes and driving skills. With 27.056 km of rivers, it is no wonder that fog is so frequent on Romanian’s territory.

While traveling, I’ve discovered that not seeing my surroundings was something totally new for me. It put me in a twilight zone situation, stretching my nerves and tensing my expectation to the max. What was on my left or right? Who came towards me? Where does the road end?

A quick google revealed me 72,100,000 results for the word fog on the World Wide Web. Apparently, this meteorological phenomenon has an appeal for the artistic souls: movies, a band, a restaurant, a rugby football club in San Francisco, a poem, a London clothing company and many more – all bear the name Fog.

Maybe, after all, experiencing some fog around you is a good thing – as long as you see it rising and bringing on the light. And the best part about fog is when it barely touches the ground and you feel like walking under a cloud. It is a very unique and cool feeling.

If I were to believe in signs, I would say this much fog is a sign (from Higher Powers) that we are under fog and need to re-adjust our targets and reference points.

Did this winter’s fog affect you in every way? 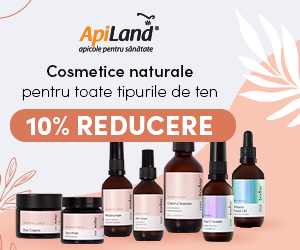