The three questions: 1) What is the most exciting technology innovation you’ve seen in the past 12 months? 2) What is your biggest hope or fear for the future, and how does tech relate to it? and 3) What should the top priority be for the next U.S. president?

An astonishing number – about half – said the iPhone was the most exciting thing they’d seen. Otherwise, answers were kaleidoscopic. Here are some of them. Most exciting innovation

“Solar photovoltaics. The dollar-per-watt cost is well on its way to being competitive with other sources of energy.” – Daniel Wallach, executive director, Greensburg Green Town

“Advances in electronic paper, of which Kindle is an example. Eventually every surface in the world will be a display of some sort.” – Nicholas Negroponte, chairman, One Laptop Per Child

“Internet and mobile technologies…are getting critical mass in many parts of the world for the first time, thus their use has just begun to get interesting.” -Rebecca MacKinnon, co-founder, Global Voices

“Focusing on the latest innovation … encourages us to respect only the latest shiny thing at the expense of that which can endure and flourish. I reject the very question as profoundly stupid.” – Grady Booch, IBM fellow, IBM

“The world split into two camps – have and have-not.” – Howard Morgan, director, Idealab

“The use of WMD, probably nuclear, in a major Western city.” – Joe Schoendorf, partner, Accel Partners

“The rapidly-expanding carbon footprint of developing nations and the trend line that will make efforts of the developed world futile.” – Paul Thelen, chairman, Big Fish Games

“For pandemics, we need to think globally, not only in wealthy countries.” – Seth Berkley, CEO, International AIDS Vaccine Initiative

“That a reduction in the likelihood of catastrophic conflict might be made more likely by increased transparency and empowerment of people.” – Linton Wells, Distinguished Research Professor, National Defense University

“That people start taking transparency for granted, and that they have the courage to act on what they find out.” – Esther Dyson, investor and writer

“That the U.S. regains its focus on preparing and training young people so they can compete in the global economy.” – Dina Kaplan, COO, blip.tv

“That we will develop technologies that help users extract relevant and meaningful information from noise.” – Andrej Nabergoj, CEO, Noovo

“I’d like to see technology give everyone on earth clean water, electricity and a cell phone.” – Philip Rosedale, chairman, Linden Lab

Priority for next U.S. president

“Preserving our role in innovation but, at the same time, to not swing the pendulum too much towards protectionism.” – Vyomesh Joshi, EVP, Imaging and Printer Group, Hewlett-Packard

“Launch an alternate energy initiative to reduce dependence on fossil fuels … like the “put a man on the moon” effort.” – Padmasree Warrior, CTO, Cisco Systems

“Institute the equivalent of a Marshall Plan for the American educational system.” – Shoshanna Zuboff, author, “The Support Economy: Why Corporations are Failing Individuals and the Next Episode of Capitalism”

“Bring access to health care in the U.S. up to the global standard.” – Paul Jones, creator, ibiblio.org

“Rebuild the U.S. infrastructure and move it from its current deteriorating late-19th-century orientation to a 21st-century one.” – Kevin Kahn, Intel senior fellow, Intel 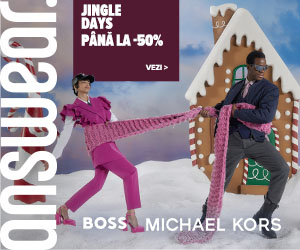 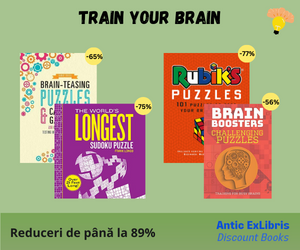