The other day I was watching Animal Planet and a new documentary begun, about Europe’s animals. Nothing exciting, but I watched it anyway. Why? Because of the narrator’s voice!

And what a voice it was. I loved it instantly. The credentials said that the narrator was Mr. Sean Pertwee. I’ve never heard of him, until now. And I realized that his voice is familiar, I’ve heard it before in other Discovery Channel documentaries. So I watched the whole piece, just to listen to that voice. In the end I learned something new about Europe, but I couldn’t get that voice out of my mind. It is a soothing, captivating, calming and engaging voice; very professional.

I think that he should read bedtime stories for kids or do audio books. Maybe he is already doing it, I don’t know. When I’ll get my hands on a audio-book with his voice, I’ll know it will be a great story / material to listen to.

When I’ll hear his name again, I’ll now who this man is and what he can do: give stories life and color. The musicality of the narrator’s voice is 50% of the success of a told story. And there are so many stories worth telling in this world!

This post is a tribute to Mr. Sean Pertwee’s voice. Thank you, Mr. Voice!

On the other hand, I’ve read a few weeks ago that another cool voice, a more familiar one, is no longer with us: Don LaFontaine, the voice of movie trailers.  God bless him! I know going to the movies won’t be the same anymore. I was looking forward to see the trailers for the new movies, now I can watch them online; a great voice can be enjoyed only with great surround sound.

Mr. Don LaFontaine is more famous because he works in the movies industry. Mr. Sean Pertwee deserves be more famous too. A good voice brings the meaning of the stories to the surface, and that’s what Mr. Pertwee does. What an interesting job to have! 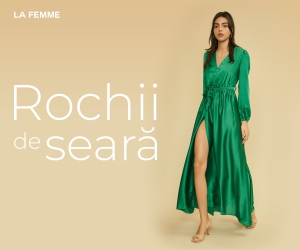