function wp_mail() {} My review on the movie Australia, with Nicole Kidman, Hugh Jackman and Brandon Walters. | Living in RO Colors
January 08, 2009 No Comments

Yesterday, thanks to Orange Film and my friends, I saw the movie Australia. My friends picked the movie and bought the tickets, so I just said: “OK, I’ll be there.” A haven’t read any reviews about the movie but I’ve heard on the radio that it is a big ad for touristic Australia and too long for a love story. Even so, I enjoyed it.

The movie is long indeed – 165 Minutes – but I didn’t get bored. If you read some reviews and are still searching for some reasons to see this movie, here are 3 of them: you’ll see beauty (beautiful people and places), you’ll be reminded that war sucks big time and you’ll get in the mood for a vacation in the sun (here, in Romania, the winter is at its peek, brrrrrrr.)

Everyone talked about Ms. Nicole Kidman’s and Mr. Hugh Jackman’s performances, but no one said anything about the character King George. King George was the magic man, the wizard man and a very interesting fellow. He gives the movie a magical touch. I wondered if this character was played by an actor or an aborigine. Google fed me the answer: it is the actor David Gulpilil (born in Australia), wearing lots of make-up (too bad I couldn’t find a picture of him).

I’d like to go Australia some day and meet a magic man. What would he say to me? What could we teach each other? I wonder what he thinks of our civilization … By the way, did anyone notice the very interesting baobab trees? (thank you, Discovery Channel!)

By the end of the movie, one line stuck to my mind: Pride isn’t power. Really? I didn’t know that. If pride isn’t power, I’m sure love is. No movie can prove me wrong!

I noticed that during the story, Nicole Kidman’s character wore the same style in clothing: long skirt with high waist and belt and a shirt. Except for the lovely dress she wore at the charity ball. Was that the style at that time? Was Sarah always in fashion? I just found it very dull.

As a final thought, I think that the love story is forced. It is not developing at it’s own pace and it is ruining the rest of the movie. I mean, Sarah just finds out that her husband died and has no mourning time, doesn’t wear black and all she thinks about is business? What kind of English rose is this?

But who cares about the outfits, when Mr. (Boss) Jackman gives the movie the oomph it needs! The 3 (only?) days old beard works its charm and makes him look better than Nicole. No offense, Ms. (Boss) Kidman!

Conclusion: The movie “Australia” is worth your attention on a cold winter night. Especially if you need a reminder that life is beautiful and Earth is spectacular! The little boy Nullah, played by Brandon Walters (born in Australia, of Aboriginal descent) will bring back charm into our hearts.

If you’ve already seen the movie, did you enjoy it? 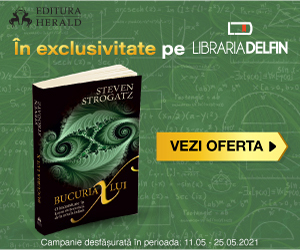